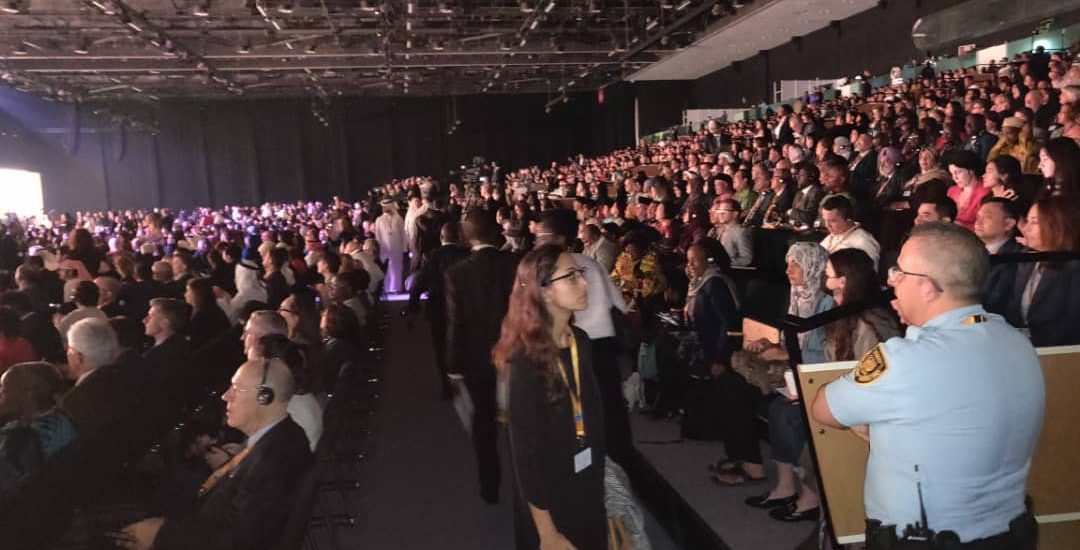 Participants at the tenth session of the World Urban Forum (WUF10) unpacked the theme of ‘Cities of Opportunities: Connecting Culture and Innovation.’

Opening speakers set the tone for the Forum, which took place in Abu Dhabi, United Arab Emirates (UAE), from 8-13 February 2020. Falah Mohammad Al Ahbabi, Chairman of Abu Dhabi’s Department of Municipalities and Transport, pointed to mass migration and technological progress as two trends demanding a “renewed understanding of locality,” which includes safety, inclusiveness and social cohesion. UN Secretary-General António Guterres said via video that urbanization continues to feature high rates of inequality, and called for all stakeholders, including local governments, to partner with the UN to tackle the climate emergency.

More than 18,000 participants registered for the Forum, which began with five Assembly meetings of the UN Human Settlements Programme (UN-Habitat) constituency groups that provided input to the Habitat III process, namely women, youth, grassroots, and the World Assembly for Local and Regional Government.

As part of the local government input, president of the National Association of Local Authorities of Ghana (NALAG), Hon. Bismark Baisie Nkum, posited that “decentralization is a tool that must be jealously be guarded in ways that seek to protect many of our resources, be it water, road, etc.” In his statement he indicated that NALAG’s main activity has been to build the capacities of its members on various policies and programmes towards the enhancement good performance at the local Assemblies.

Among the initiatives launched and discussed during WUF10 were UN-Habitat’s launch of the ‘SDG Project Assessment Tool: an innovative tool for inclusive, sustainable and effective urban projects,’ as well as ‘RISE UP: resilient settlements for the urban poor,’ which seeks to mobilize and coordinate large-scale investments in climate change adaptation and resilience for the urban poor. Penny Abeywardena, Mayor’s Office of International Affairs, New York City, US, issued a call for local and regional governments to sign the Voluntary Local Review Declaration, noting that 20 new cities had already done so at WUF10.

Examples from countries and local communities discussed during WUF10 included the following:

At the close of WUF10, delegates adopted the Abu Dhabi Declared Actions, the main outcome document of the meeting. The document presents participants’ perspectives on the relationship between culture, innovation, and urban development. In the Declared Actions, participants highlight that: culture is fundamental to identity and heritage, and is an integral part of the solution to the challenges of urbanization; cities are the incubators of social, economic, environmental, political and cultural progress; linking data, innovation and advances in science and technology with policy is critical for implementing the 2015 New Urban Agenda (NUA) and achieving the SDGs; and further action and commitments by actors at the local, national and global levels are welcomed in support of the NUA and 2030 Agenda for Sustainable Development. Among the pledges included in the Abu Dhabi Declared Actions document are several organizations’ commitment to making cities resilient by 2030 and Fiji’s commitment to achieving net zero carbon emissions by 2050.