NALAG PRESS BRIEFING: CONGRATULATIONS TO THE SPEAKER AND MEMBERS OF THE EIGHT PARLIAMENT OF THE REPUBLIC OF GHANA 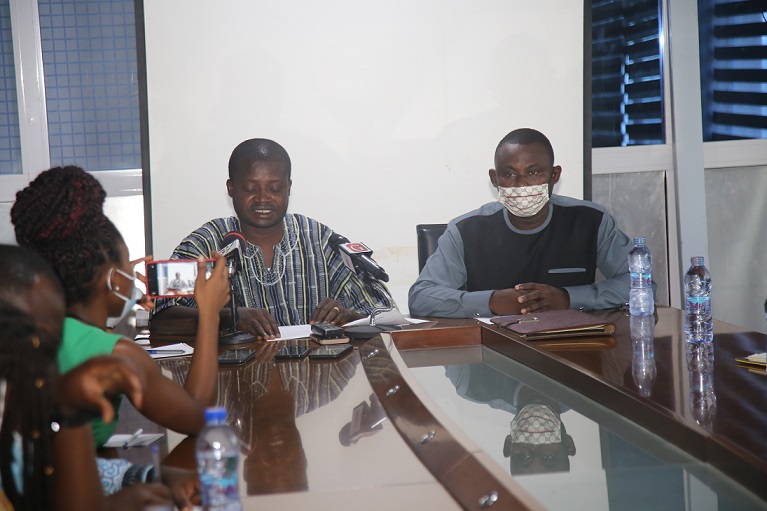 THE GENERAL SECRETARY AND STAFF OF NALAG

FRIENDS FROM THE MEDIA

The National Association of Local Authorities of Ghana (NALAG) congratulates the Speaker of the eight Parliament, Right Honorable Alban Sumana Kingsford Bagbin. We are aware of your rich experience as member of Parliament for 28 years, a majority leader and a minority leader of parliamentary affairs. Your experience cuts across the ECOWAS region and the continent of Africa. We therefore have every reason to believe that you will steer the affairs of the 8th Parliament to the admiration of all. It is not in our bosom to attempt to direct on how you should proceed with your work but given the events that characterized your election, we have no doubt that your rich parliamentary experience acquired over the years coupled with your numerous engagements with civil society organizations and other stakeholders would be brought to bear to ensure a united Parliament that is effective & efficient enough to play its legislative role as well as the inherent role of checks and balances.

We also like to use this opportunity also to congratulate Hon. Joe Osei Owusu and Hon. Andrew Asiamah Amoako for their election into their respective offices as first and second deputy speakers. It is our hope that they will together compliment your efforts to achieve the legislative objective of the 8th Parliament. Again, we wish to congratulate all the 275 members of the 8th Parliament…. We encourage all of you to work together in the interest of the Republic of Ghana. Bury your partisan differences and together lift the flag of Ghana high.

As an Association, we acknowledge the milestone that Ghana has achieved over the years which has made us a beacon of democracy in Africa and the world at large. More significantly, having almost a hanged Parliament with an independent member as a decider, this would be a great test to advance our enviable parliamentary democracy. The current numbers require that parliamentarians improve on consensus building and ensure that the good name of Ghana will be upheld. We therefore call on the speaker of Parliament to lead this crusade of improving consensus building in the workings of Parliament.

A policy that is much expected to be advocated for is the election of Metropolitan, Municipal and District Chief Executives (MMDCEs) which could not pass the referendum in 2019 due to lack of consensus as was stated by the President of the Republic, Nana Addo Dankwa Akufo Addo. We look forward to engaging you on various platforms to bring the facts to bear on the need to elect our MMDCEs and further sensitize the Ghanaian public on the essence of multi-party democracy at the local level. As members of our Districts, we encourage our Members of parliament to attend Assembly meetings to share with them policies and programmes that will enhance the workings of our Assembly Members.

The Association has also noted with displeasure several incidence that disrupted the processes leading to the election and inauguration of members of the eight parliament which included the snatching of ballot box, kicking of election booths, as well as some verbal and physical abuse by some honorable members of parliament during the election of the speaker of Parliament. It is rather a dent on the image of honorable members and the Institution of Parliament to be engaged in such activities that denigrates the beauty of our democracy. We call on the leadership of both parties to call their members to order. Violence must be condemned in no uncertain terms and without any political color.

The Association will take this opportunity to call on people who by their actions and inactions may be contributing to the burning of markets in recent times to bring a stop to it. The destruction of such facilities places a huge financial burden on the Metropolitan, Municipal and District Assemblies (MMDAs) and the economic advancement of our very communities. It is important to note that such actions also pose a risk to global warming and pollution of our environment.