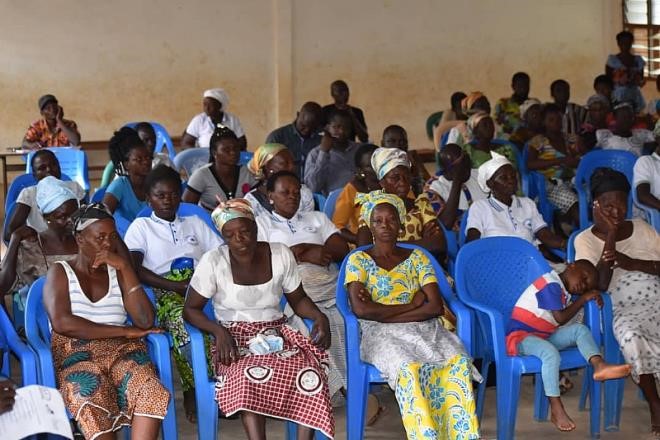 He said it is imperative to engage regularly with the beneficiaries of developmental agenda, for them to appreciate the direction and pace at which development is moving in their local areas.

Mr. Aasoglenang said this during a Town Hall interface engagement with the chiefs and people of KO traditional area in the Nandom District, which was organized by Partnering for Rural Development Action (PRUDA) in partnership with the Centre for Democratic Development (CDD-Ghana), with funding support from Open Society for Initiative for West Africa (OSIWA).

Mr. Aasoglenang said District Assemblies should not be seen standing alone while the citizenry is on the other side.

He said “People should feel free to visit the District Assemblies to ascertain what is going on about developments in their local areas” He commended PRUDA and CDD-Ghana for organizing the meeting.

The Project Coordinator for PRUDA, Mr. Banousin Richard, said the Town Hall Meeting is targeted at increasing demand for transparency, participation and feedback in local government planning and budgeting process through citizen’s participation.

He said the Citizens Forum concept was designed by the Centre for Democratic Development CDD-Ghana and the Nandom District Assembly with funding from OSIWA.

“This project is meant to ensure that citizens build more productive partnerships with the District Assembly and provide feedback and opinions on projects and social service delivery such as Health, Education and Sanitation at various levels”.

Mr. Banousin said the Citizens Forum project also intends to create the awareness of citizens about the planned programmes and activities of the Assembly and its sources of funding and financial strength. He said project is being implemented in the Nandom District by PRUDA.