The Accra Metropolitan Assembly (AMA) has signed a Memorandum of Understanding (MoU) with #Achiase District Assembly in the Eastern Region.

The MOU which was signed in Achiase on Thursday breaks new ground for cooperation between the two Assemblies in the areas of institutional capacity building, education, and cultural exchange.

The Achiase District Assembly was among the newly created Municipal and District Assemblies in the country. It was created with LI 2370 and carved out of the Birim South District. 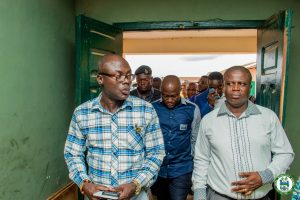 Described as an historic cooperation to be entered into by the AMA, the MOU also covered areas such as studying mutual opportunities to facilitate the development of joint ventures and exchanges in the fields of industry and commerce as well as exchanging friendly delegations to promote economic development.

The MOU also opens avenue to encourage and develop cooperation between the two Assemblies.

Speaking at the signing ceremony, the Metropolitan Chief Executive of Accra, Mohammed Adjei Sowah assured of his commitment to the relationship and was hopeful that it would blossom to the benefit of its people.

District Chief Executive (DCE) for Achiase, Richmond Agyabeng Amponsah expressed joy and appreciation to collaborate with AMA especially in the areas of commerce and culture. 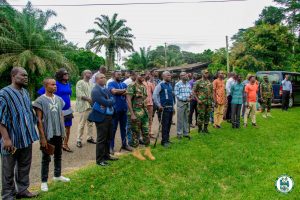 En route to Achiase, Mayor Sowah made a stopover at Akyemansa Radio station for brief discussion and the Achiase Jungle Warfare School (JWS) to tour the facility.