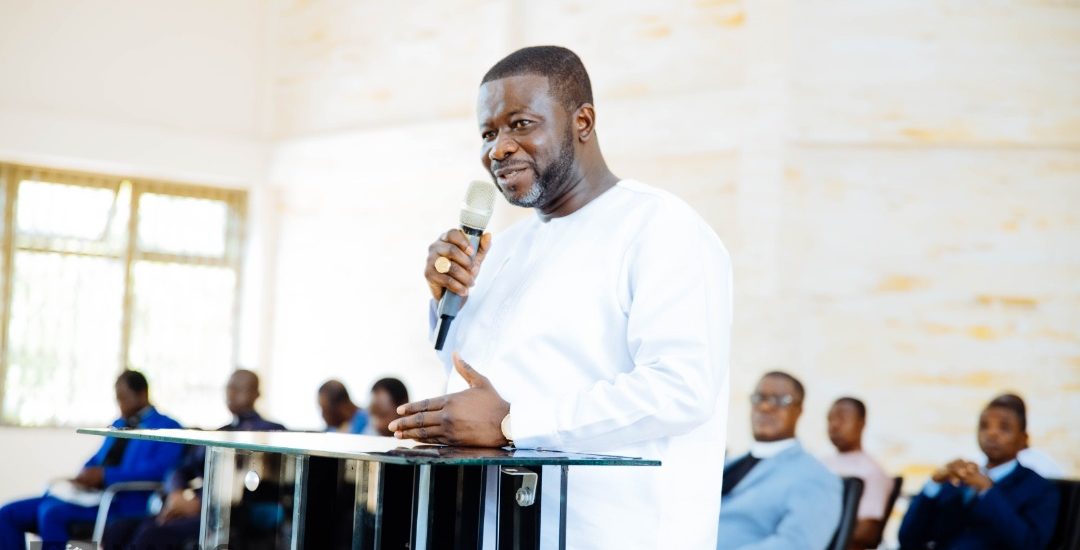 The newly elected President, Hon. Eric Nana Agyemang Prempeh, and his team of National Executive Council (NEC) Members of the National Association of Local Authorities of Ghana (NALAG) on Sunday, 7th August, 2022 held a National Thanksgiving Service at the Church of Pentecost, Central Tabernacle in Koforidua in the Eastern Region to express their profound gratitude to God for a very successful emerging victorious at the just ended National Delegates Conference of the Association which was held from 1st to 3rd June, 2022 in Kumasi.

In his thanksgiving remark, Nana Agyemang Prempeh, acknowledged all MMDAs for their immense participation and support at the National Delegates Conference.

He stated that “If all the structures of local governance – Unit Committees, Area and Town Councils, Assembly Members, and others work effectively, the development we desire as a people will be achieved.”

He further appealed to the clergy and all to remember the structures within the Decentralization space in their prayers.

The Paramount Chief of Tepa Nana Adusei Ampem I, who chaired the event on behalf of the Daasebre Kwaku Boateng, Omanh0ene of the Juaben State, urged the newly elected President and his team to make it an urgent priority to fight for resources to support and empower the Metropolitan, Municipal, and District Assemblies (MMDAs) to drive development.

He further admonished NALAG to be seen and act as an agent of change that strengthens MMDAs that are challenged and weak regarding mobilization of resources for development.

He congratulated the newly elected President and his Council Members for their victory at the just ended NALAG Biennial National Delegates Conference.

Speaking at the event, the Eastern Regional Minister, Hon. Seth Kwame Acheampong, acknowledged that NALAG is an important institution that plays a critical role in all the 261 assemblies whose aim is to strengthen local governance in Ghana.

The minister advised the newly executives to serve well in their various positions respectively since God has given them the wisdom to lead in the current dispensation.

Apostle Samuel Osei Asante, the Koforidua Area Head of the Church of Pentecost underscored the need for thanksgiving to God stating that God appreciates grateful people.

He commended NALAG for the service.